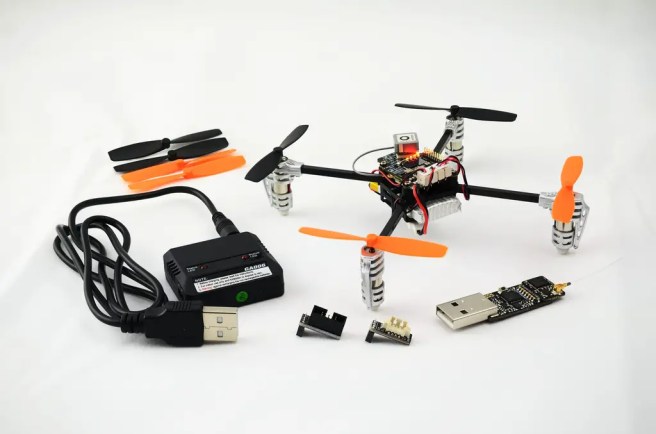 This is the way many platforms will go, we might end up thanking the FAA and Japan now (200g) for pushing developers. Tiny flying robots really cannot be held up as a flight safety risk. I have a feeling that far from being the end of Joe Public drones increased regulations are the beginning of the end for legacy regulators.

Lisa/S Nano Quadcopter Kit = $560.00 This autonomous nano quadcopter kit, is a fully functional flying robot. Featuring the smallest commercially available full autonomy capable Lisa/S autopilot. It incorporates all sensors, including GPS, magnetometer and barometer needed for fully autonomous operation. The overall dimensions of this tiny UAV are 120mm from motor to motor, with a weight of 39g (0.086 lbs) which is under the FAA registration weight limit of 250g (0.55 lbs). Qualifying it in the nano quadcopter class.

The FAA inadvertently just created a whole new way to position drones – “don’t need to register.” Imagine the confusion that will cause in the market – imagine the weigh-ins which will be like something out of a Ronda Rousey dream.

You have to wonder if the FAA has abdicated responsibility to state and local regulators. Because the clearly demonstrated danger from drones of any size is to people and property on the ground, not in the air. And it is the state and local governments who have to deal with the ground related incidents, wounds and crashes,

Say good by to any chance of a uniform national code such as the ones being lobbied for by Amazon and Google. Oh by the way, no word as to whether any government agencies besides the FAA will have access to the drone registration records…