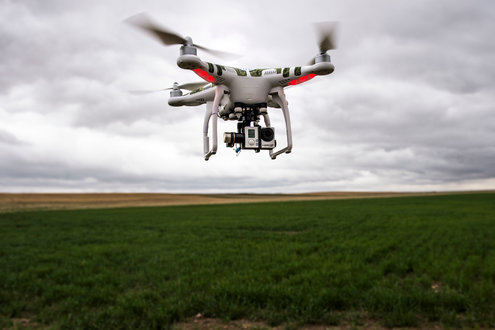 The F.A.A.’s new stance sets up potential clashes across the country. Local and state lawmakers, concerned about the safety and privacy risks that drones pose, have been passing rules about the machines at a rapid pace.

More than 20 states approved drone laws this year, as have major cities like Chicago, Los Angeles and Miami, with many of the regulations placing tough restrictions on areas to fly and clamping down on the use of drones to snoop on neighbors. The intervention of the F.A.A. is now frustrating local lawmakers, who complain that the agency wants them to back off their own rules — even as it is seen as too lenient on drone users. Lawmakers said the agency’s drone rules did not go as far as many states and municipalities that are explicitly
banning flights within cities and over homes, strengthening privacy protections and imposing steep criminal and financial penalties on violators.

And now for your entertainment – if people actually understand that this is a states rights issue it is likely to be a campaign issue before it’s over. A lot of creative thinking going on: In Chicago, drones are now prohibited above schools, libraries, churches and private property without permission. In Miami, drones are banned within a half mile radius of a “large public event,” and the police are able to use jamming technologies to take them down. In Los Angeles, drone users who operate near airports can face up to six months in jail.

The Future of Disaster Response Must Be Local