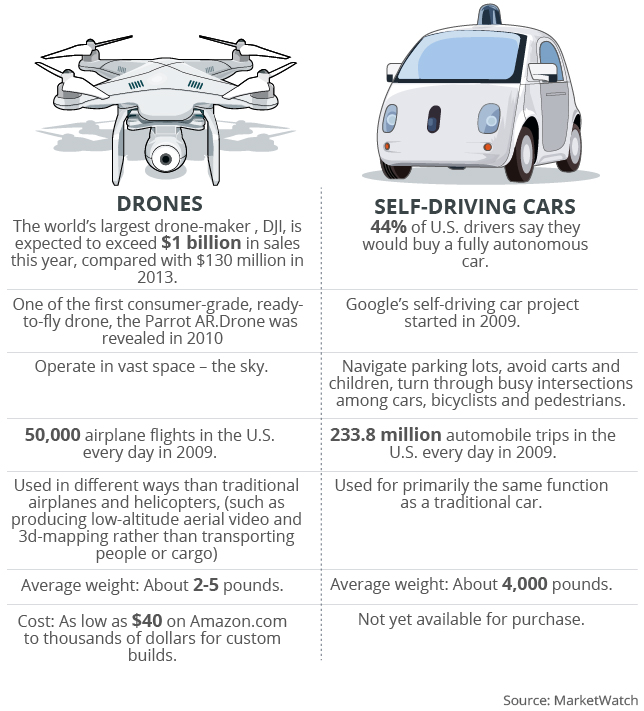 Between White House drone crashes, misunderstandings of the practical purposes of drones, and fears that drones will spy on people, flying robots suffer from an image problem. But driving robots have been mostly welcomed or, at least, accepted as inevitable—both by the public and the agencies that regulate the cars—even though they’re not consumer-ready.

Departments of Motor Vehicles in several states and Washington, D.C., have laws that regulate operational permits for companies. And the National Highway Traffic Safety Administration has essentially given the all-clear: Any car that has met NHTSA vehicle safety regulations and made it to market is still legal after being made driverless.

We’ve been talking about this for awhile now. Here is a solid article from Sally French “The Drone Girl.”

Drone Delivery: Keeping It Real In The UK, US and Japan