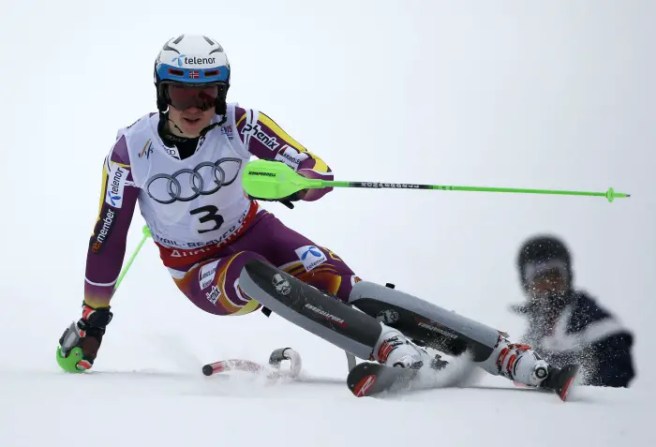 A camera-carrying drone crashed into the ground Tuesday just behind speeding Austrian skier Marcel Hirscher as he competed in a World Cup slalom event.

Hirscher, who finished second, didn’t seem to notice during the race, which took place in Madonna Di Campiglio, Italy. He said afterward, according to ESPN, “This is horrible. This can never happen again. This can be a serious injury.”

That was a big sucker that would have done some serious damage. I keep making the point that drones are going to end up injuring a lot more people on the ground then they will in the air. I hope that the FAA manages to wrap their head around this because incidents like this have everything to do with why state and local governments are going to make their own rules.

TIME Picks 6 Of The Most Innovative Drone Videos Of 2016

Drone Delivery: Keeping It Real In The UK, US and Japan