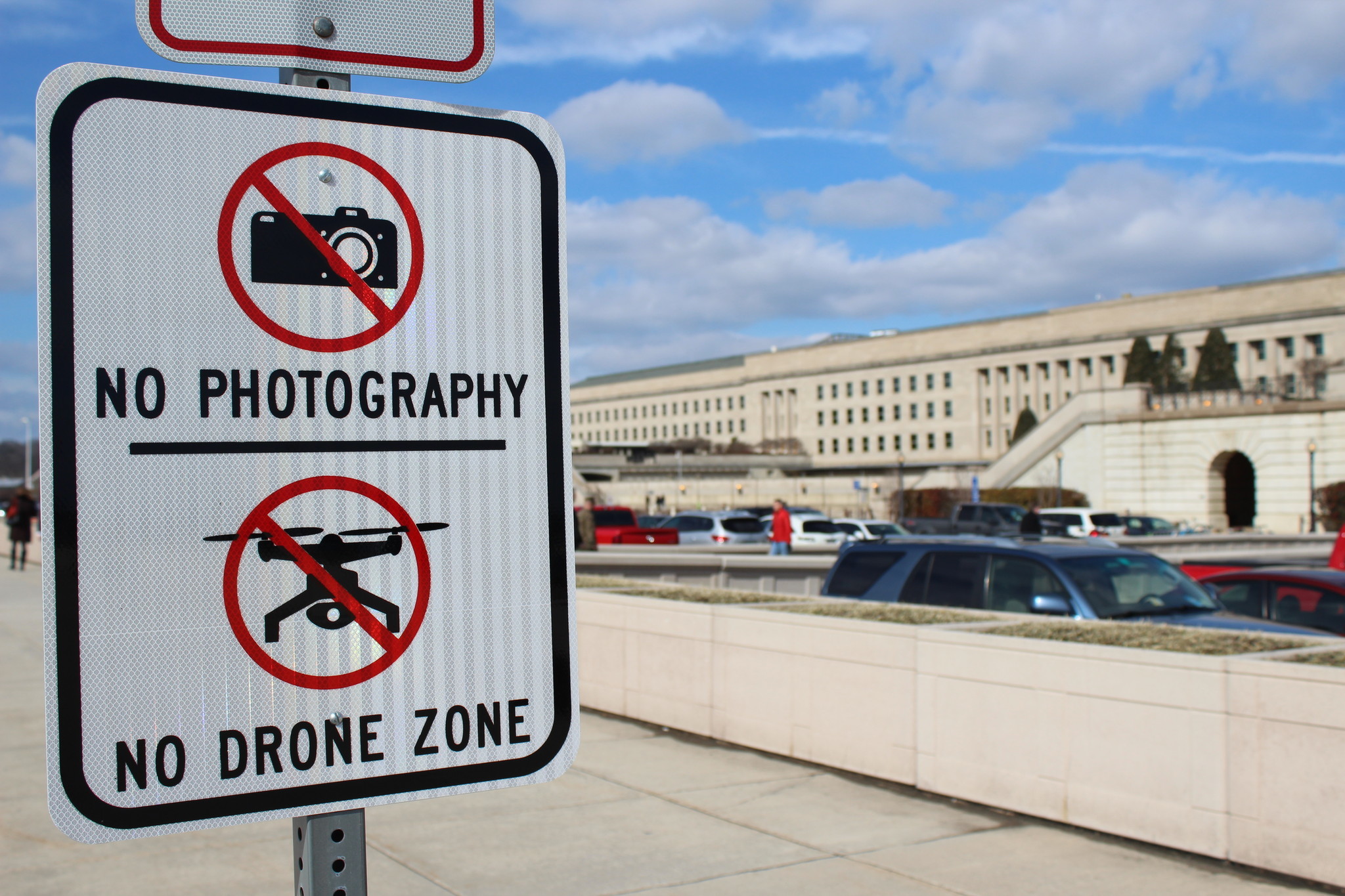 The Pentagon, the world’s largest user of drones, has posted a new policy on signs outside the mammoth five-sided building: No Drone Zone. The signs, complete with a red slash through an image of a quadcopter drone, reflect America’s growing concern about the proliferation of the small, inexpensive remote-controlled devices and the risk they pose to safety, security and privacy.

This is an interesting story because the reporter did enough research to string together a lengthy list of near collisions, local ordinances, detection measures and even the tale of William “Willie” Meredith, now a folk hero known as the drone slayer. (He was the fellow who blasted a drone out of the sky and was acquitted in Kentucky.

As such it is the kind of cautionary tale that the industry needs to pay attention because this kind of bad press is shaping public opinion.

A Drones Eye View Of A Humpback Feast